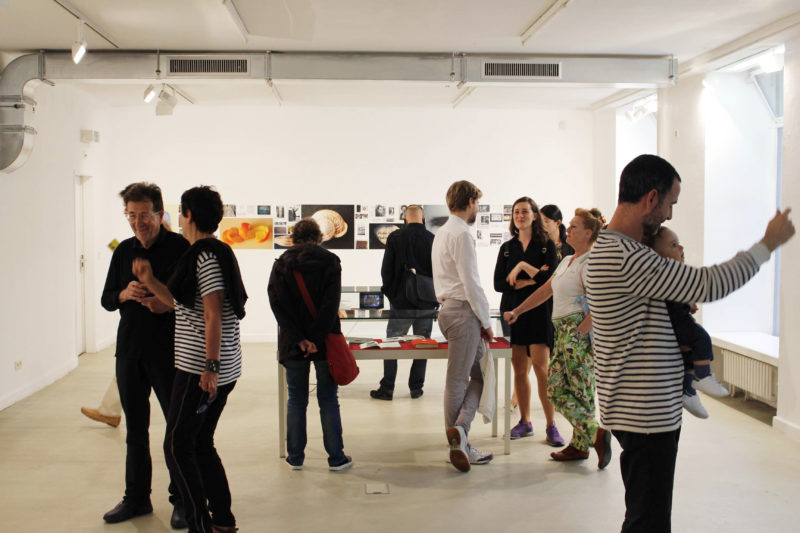 An event in the framework of the KGB Art Week

“I’ve never been about producing, I work with ideas”, declared Francesc Abad (Terrassa, 1944) at the beginning of 2006 on the occasion of the opening of his retrospective block W. B. A thinking that produces images at the Granollers Museum. His artistic work has always been accompanied by readings, reflections, notes, which are available in numerous notebooks, the so-called “Denktagebücher” (Diaris de pensar). They contain quotations from poets, philosophers, sociologists and art theorists of the 20th and 21st centuries, above all Paul Celan, René Char, Osip Mandelstam, Seamus Heany, Joseph Brodsky, Anna Akhmatova, Marina Tsvetaeva, Hannah Arendt, Gayatri Spivak, Ernst Bloch, Theodor W. Adorno and Walter Benjamin. Abad’s art sees itself as part of a critical thought process that is ultimately always concerned with the question of how the history of the oppressed and defeated can be saved from oblivion. Walter Benjamin’s thinking as a source of inspiration for the concept of historical memory as well as for artistic procedures clearly takes a leading position.

Especially in recent years, the artist has also reflected on his work in longer, coherent texts and lectures. Parts of these artistic manifestos will be read and commented on by Claudia Kalász in the context of the exhibition Strategien in prekären Zeiten. The texts are designed to provide access to the installations, which are not always accessible at first glance. Therefore, the audience is invited to follow the reading while walking through the exhibition. The texts are also open and perhaps provocative enough to challenge the audience to dialogue. Claudia Kalász (Barcelona) has worked closely with Francesc Abad in recent years on the realisation of his Ernst Bloch project Raum für die Utopie and the Walter Benjamin project Korrespondenzen.